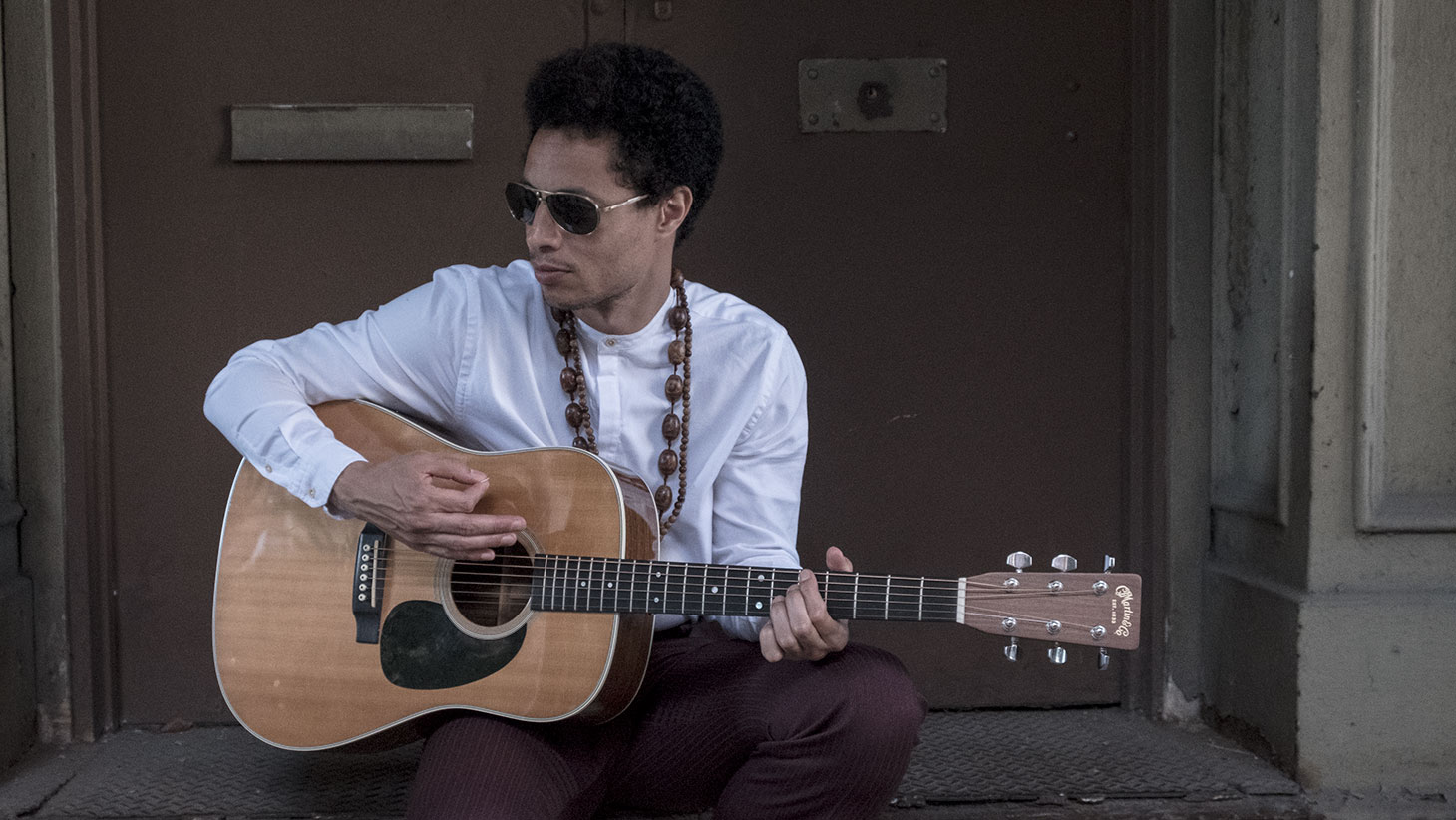 José James is no stranger to San Jose Jazz. As an eclectic artist James combines blues, spoken-word, hip-hop, contemporary R&B and jazz to form a genre all his own. One of the first artists featured in our Jazz Beyond programming stream, James has been on the rise since his debut on our stage for Winter Fest  2013. Having seven albums to his credit, James’ latest project Lean On Me: José James Celebrates Bill Withers came out of a dinner shared by the R&B icon and James, as fanboy.

Inspired by the question, “What better way to bring positivity to the world while challenging the racist, fascist and sexist status quo?” James sees Withers’ songs as a reflection of “a love for community, for unification; his music respects elders, mentors and explores male vulnerability in a way that’s missing from today’s R&B. And his catalog is vast and powerful. He’s simply one of the best living songwriters, period.” James set out to sit down with legendary jazz singer-songwriter, Bill Withers, not knowing that his meeting would spark a national tour featuring some of the most infamous tracks of Withers musical career.

James recalls the meeting as one of the personal highlights of his life. “We had dinner at Musso and Frank’s and sat in the Frank Sinatra booth, just down the street from the Capitol [Records] building. He’s a total genius and one of the coolest people I’ve ever met. I learned more in that one hour with him than I learned at music school or a decade’s worth of live shows. He’s seen it all and worked with the best of them, in every category. At one point he pulled out his phone and started chatting about friends he’s made in the business, moving easily between Muhammad Ali, James Brown and John Mayer. We all adore him and any songwriter worth their salt knows that Bill is up there with Paul McCartney, Stevie Wonder, Joni Mitchell, Smokey Robinson, Carole King, Leonard Cohen, Bruce Springsteen, Bob Dylan, Paul Simon, Elton John, Billy Joel – he’s in the pantheon of greats. Plus he’s an amazing singer and developed a sophisticated sound that blends funk, singer-songwriter, blues, R&B and gospel. This is where John Legend, Alicia Keys, D’angelo, people like that come from. This is home. I showed him my list of his songs and he absolutely loved it. I think he’s happy that his music still has a place in the lives and hearts of people worldwide and that we all want to celebrate his life and talent.”

Catch Lean On Me: José James Celebrates Bill Withers at Cafe Stritch on May 12 at 8pm and 10pm.