Oran Etkin has been described as “ebullient” by The New York Times, a “composer of eminent individuality” by Yusef Lateef and was voted #1 Rising Star Clarinetist in DownBeat Magazine’s Critic’s Poll.  His unique sound on the clarinet, bass-clarinet and saxophone emanates from an openness to deep musical connections that often transcend cultural and generational boundaries.

Last April, as the world was closing down, Oran’s response was Open Arms Project: a series of singles and music videos recorded and filmed shortly before the closures on location in Rio de Janeiro, Harrare Zimbabwe, Prague, Paris and São Paulo. “Open Arms to me is an attitude”, reflects Etkin. “It’s felt in the warmth with which I was greeted in each country and how we welcomed each other into our musical worlds. It is at the core of how we approach making new music together with open ears, unafraid to discover a new side of ourselves outside our comfort zone. And it’s also an answer to the rigid isolation of hate and fear that has been permeating the political discourse.”

One year later, as the world starts to open and imagine a new future, Oran will premiere the next stage of the Open Arms Project. Traveling to San Jose from New York, he’ll collaborate with SF Bay Area musicians to reinterpret and add their own voice the music of the Open Arms series.  Reflecting the true spirit of International Jazz Day, Oran and his band create a fresh forward-looking sound that tells the musical story of an opening and humanly connected world.

This is a free event, live-streamed on our website. Register for your free ticket now.

The New Works Festival, April 29–May 8, features four nights of performances by some of the most exciting artists in jazz, blues, R&B, soul and electronic music in the SF Bay Area and New York. The festival is an outgrowth of SJZ’s Jazz Aid Fund initiative, which provided crucial funds to 33 artists, each to produce a new work. 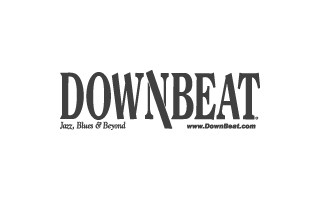