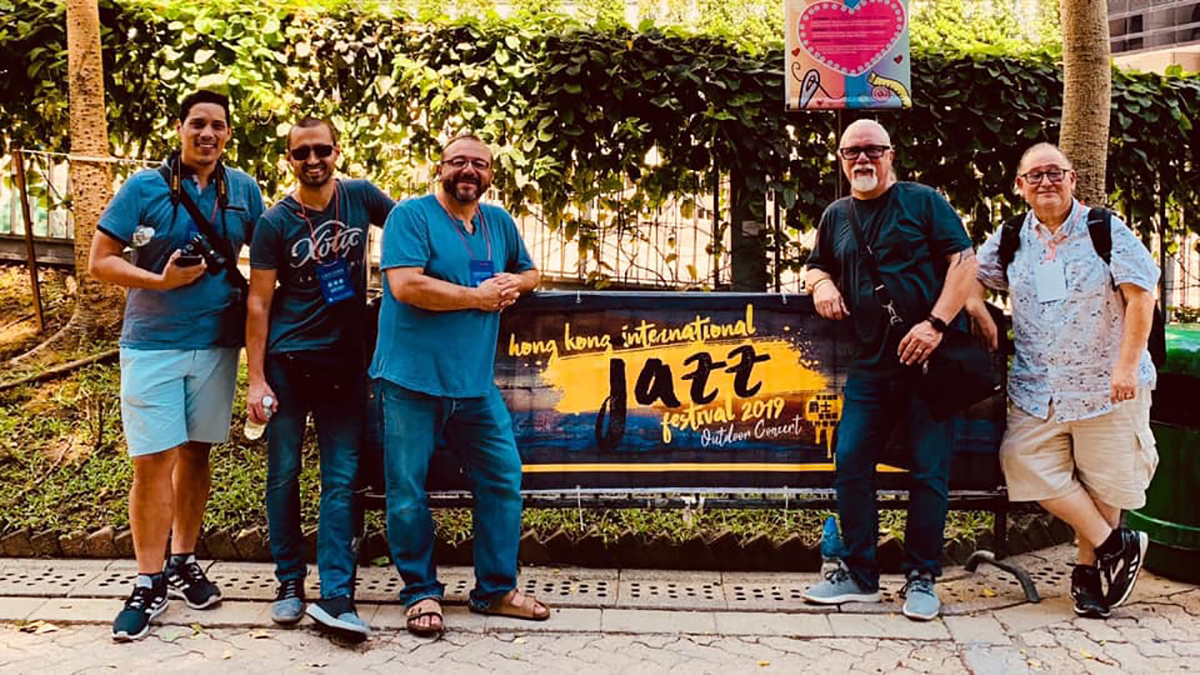 The SJZ Collective just returned from a whirlwind tour of Asia. On this second outing the SJZ Collective performed in Japan, Hong Kong, China (Beijing, Shanghai, Guangzhou) and Taiwan. During their first tour, the group presented their debut project that celebrated the works of Thelonius Monk, in celebration the centennial of his birth. This year the group added fresh takes on the seminal works of Mingus to the set list. Drummer Wally Schnalle recounted the …

And they’re off! The SJZ Collective have begun their 2019 Tour of Asia. Drummer Wally Schnalle chronicles their highly-anticipated venture. Sep 30, 2019 Gig three of the SJZ Collective 2019 Asia Tour was in Beijing. We played at a funky smaller venue named DDC which Stands for Dusk till Dawn Club. The band is playing great out here on the road and we had a blast at this venue. This audience here was great as …

The SJZ Collective has embarked on their first international tour as a Collective. During their tour of Taiwan, they are scheduled to perform at the 2018 Taichung Jazz Festival, the Sappho Club in Taipei, and the Blue Note in Taipei. In this special blog post, the drummer and founder of the Collective Wally Schnalle writes in about their first big performance. (Tuesday, October 16, 2018) “Our time in Taiwan has been well worth the thirteen …