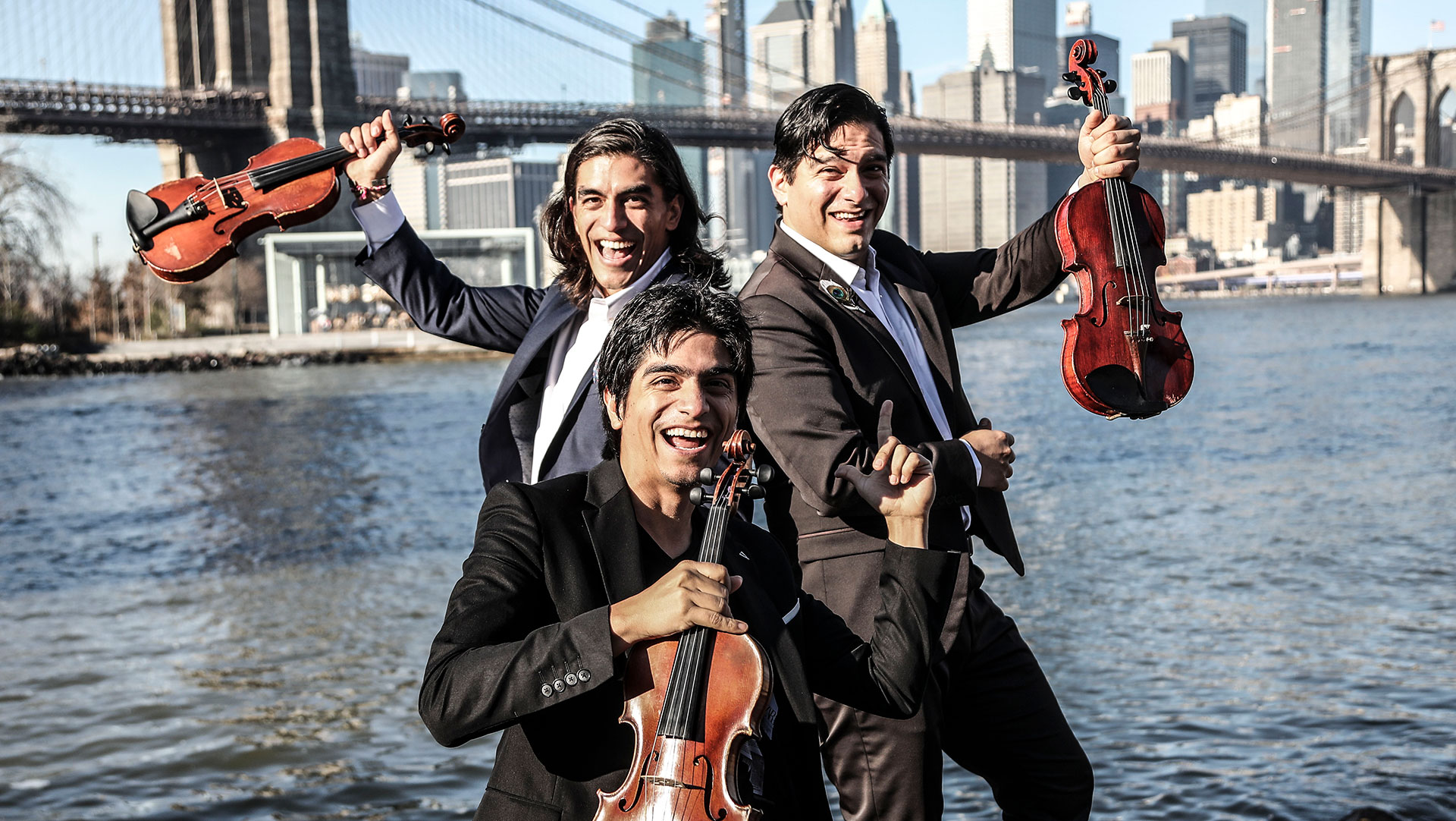 The Villalobos Brothers have been acclaimed as one of today’s leading Contemporary Mexican ensembles. Their original compositions and arrangements masterfully fuse and celebrate the richness of Mexican folk music with the intricate harmonies of jazz and classical music.

The ensemble’s virtuosic performances have delighted audiences throughout Latin America, India, Russia, Canada and in more than 30 states across the US. They have performed in historic venues and events including Carnegie Hall, Lincoln Center, the Latin Grammy Awards, Davies Symphony Hall, Montreal Jazz Festival, the Ford Theatre in Hollywood, the 60th Anniversary of the United Nations, the New Victory Theatre on Broadway, San Jose Jazz Fest, Celebrate Brooklyn, the 66th FIFA Congress in Mexico City, the Blue Note Jazz Festival and the Apollo Theatre.

In 2018, they joined forces with Arturo O’Farrill and the Afro Latin Jazz Orchestra for the “Fandango at the Wall” project. This ambitious undertaking, produced by Kabir Sehgal, united legendary international musicians for a live concert at the Tijuana-San Diego border wall which resulted in a live album and documentary film to be released in 2019.

Pandemic-related cancellations have decimated the incomes of great artists like the Villalobos Brothers. Please give what you can–on show day, they’ll receive 100% of donations made  to paypal.me/sanjosejazz.