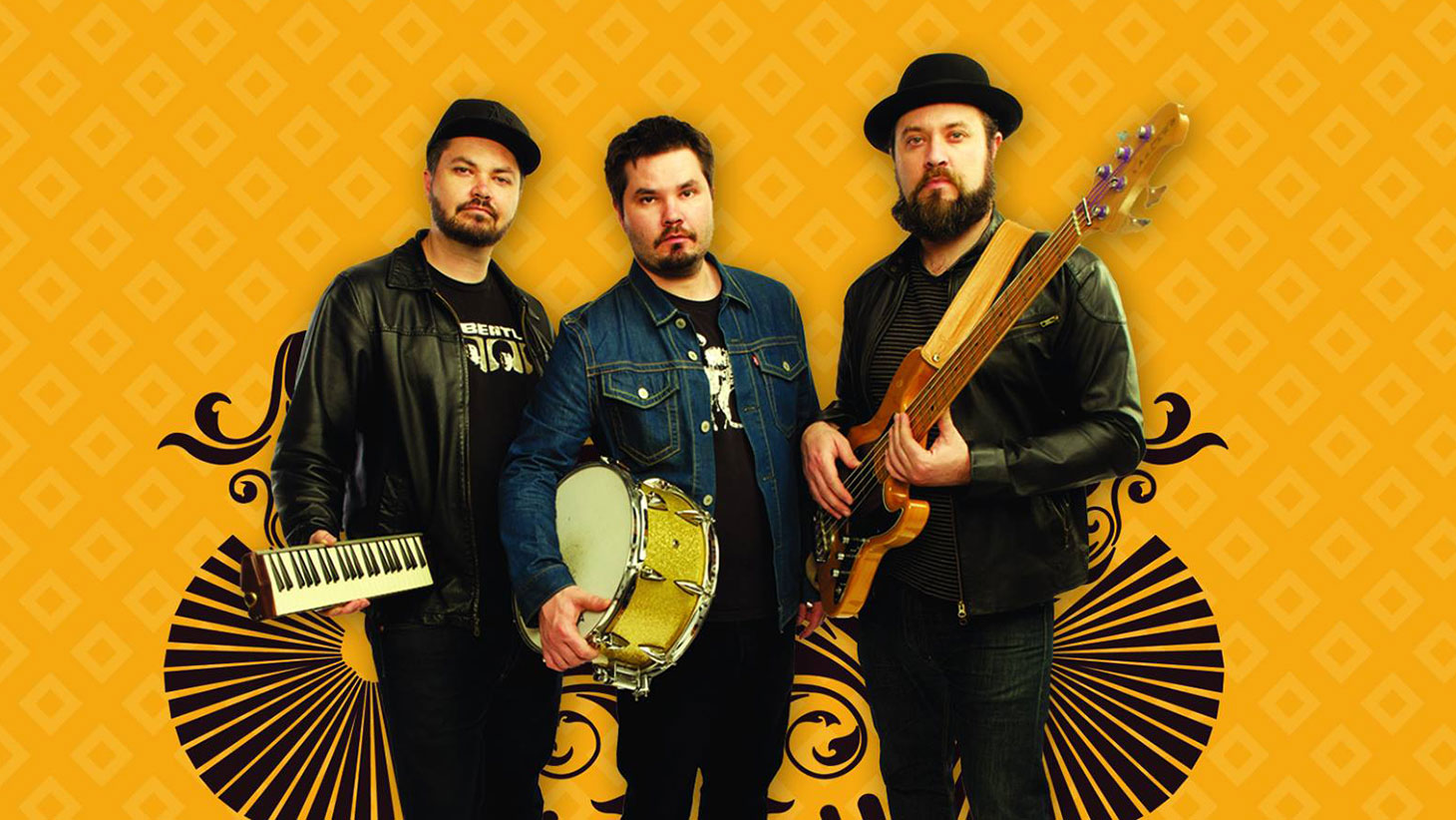 The SJZ Boom Box is out at Taylor Street Night Market, presented by Gordon Biersch Brewing Company and Moveable Feast with the headliner The Hogan Bros. Every Thursday night from 5-9pm, enjoy street cuisine, live music, makers and breweries coming together in the beautiful Japantown neighborhood.

Performing at this event will be the East Bay-based funk trio The Hogan Brothers, who describe themselves as “not your average family band.” Consisting of siblings Steve, Colin and Julian Hogan, these three share an intimate chemistry on-stage formed from their exposure to various styles of music throughout the world during their formative musical years.

The three were born into a musical family, with their mother a music teacher and their father a manager of a youth symphony. They traveled plenty growing up, gaining exposure to music all over the world thanks to their parents’ involvement with the East Bay ensemble Gamelan Sekar Jaya. That may explain their familiarity with a number of styles — their chops have led them to gigs in support of R&B, funk, hip-hop and Latin artists. In particular, they’ve shared the stage with numerous acclaimed acts in the region, including Oakland soulstress Goapele, all-body music band Slammin, and the Jazz Mafia.