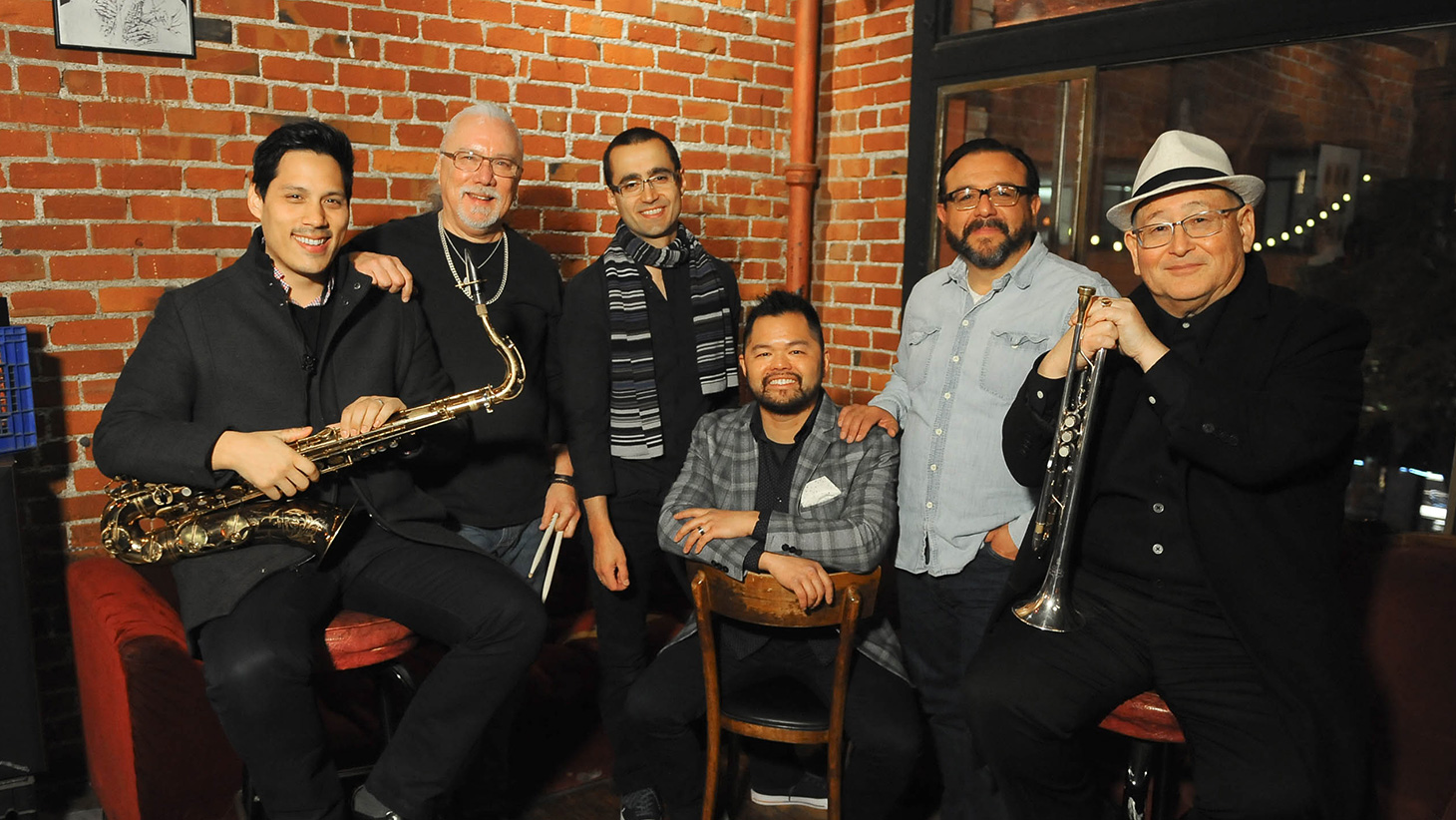 With each member of the SJZ Collective an acclaimed bandleader in their own right, the Collective is a powerhouse of a sextet that represents the sound of the South Bay. Four of the groups members perform live from SJZ HQ.

The brainchild of Wally Schnalle, the Collective began in 2018, with a program that included arrangements from all the members of the group, reimagining the music of Thelonious Monk. That year they debuted at the San Jose Jazz Winter Fest to an enthusiastic crowd. The group went on to tour Asia, playing to thousands in Taiwan.

In 2019, they debuted a new program featuring the music of Charles Mingus and after the success of their first Asia tour they traveled East again. This time the tour included Japan, several cities in China, Hong Kong and Taiwan. All About Jazz praised the Collective’s ability at The Hong Kong International Jazz Festival, noting they had an “approach vintage material as the jumping off point for electrifying arrangements that feel both fresh and familiar.”

Pandemic-related cancellations have decimated the incomes the members of the Collective. Please give what you can–on show day, they’ll receive 100% of donations made  to paypal.me/sanjosejazz.