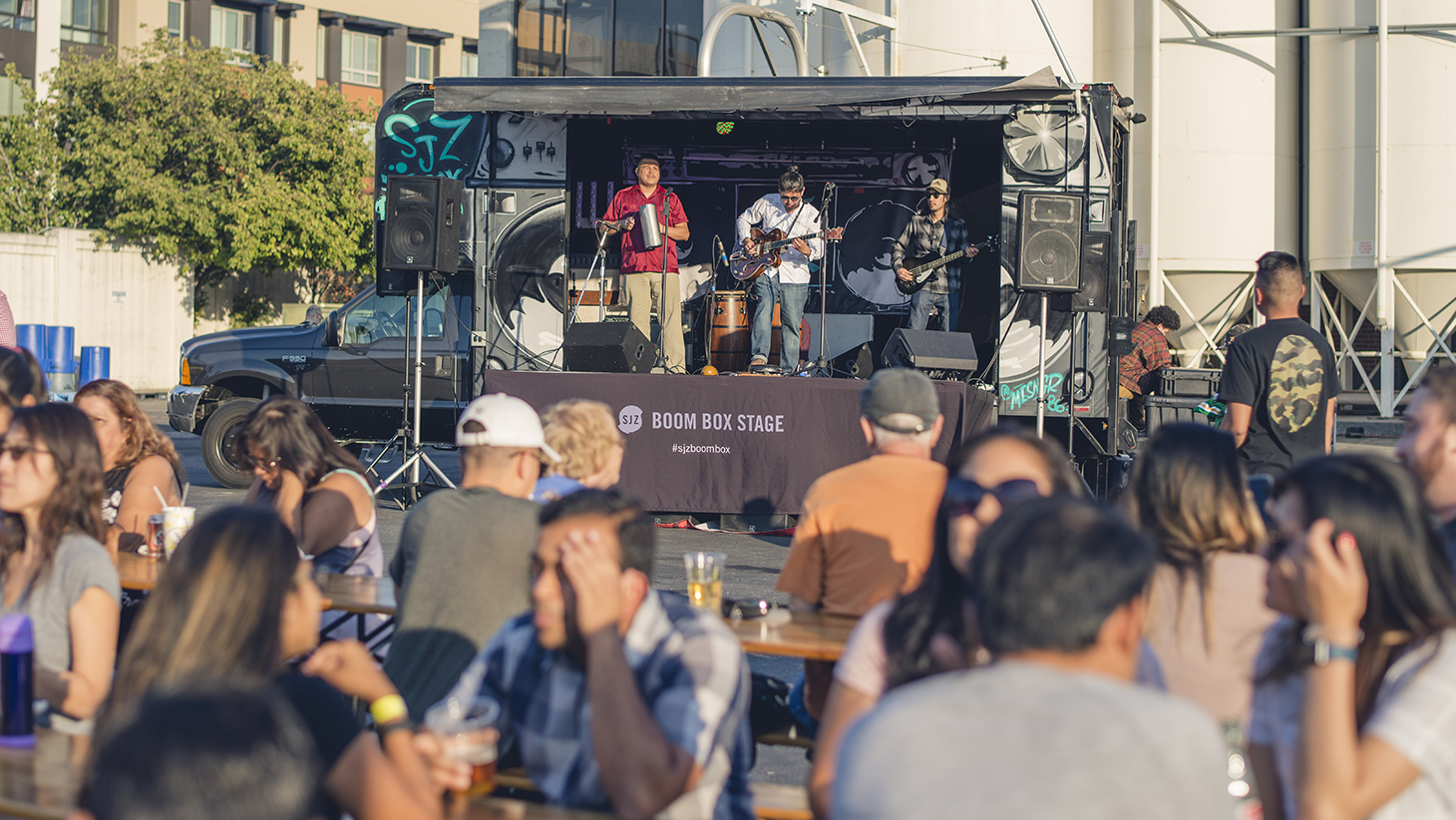 The SJZ Boombox Truck rolls out to Gordon Biersch Brewing Company for Oktoberfest. Come out for free games for all ages, tasty beer and live music!

Opening for this event is the New Orleans style brass band the MJ’s Brass Boppers. The group’s sound has been meticulously formed over years of practicing and experimenting together from concert halls to street corners, fusing classic cultural New Orleans performance with funk, jazz, modern pop, and a second line twist.

Since 2008, the tight knit musicians have written, practiced and performed together at festivals, community events, nightclubs and street corners around the Bay Area and beyond. They’ve opened for a variety of acts, including George Clinton & Funkadelic, The O’Jays, Trombone Shorty & Orleans Ave, Funky Meters, George Porter Jr., Zigaboo Modeliste, Kermit Ruffins, Katdelic and many more.

Headlining this event is Concord Recording Artist Brian Nova. Considered one of the top jazz guitarists/vocalists in the nation, according to a recent poll in Jazz Improv Magazine. He has the distinction of being the only guitarist who was mentored by, and toured with, the two titans of jazz guitar: Herb Ellis and Joe Pass. Nova performs, and records, as a solo artist, with his Trio, Quartet, and his 12-piece Big Band. Nova is on Arturo Sandoval’s Grammy Award winning CD Dear Diz, which garnered a Grammy and three Latin Grammys in 2013.

Together, these musicians come together as the versatile MJ’s Brass Boppers, offering a taste of authentic New Orleans style with a West Coast flair.