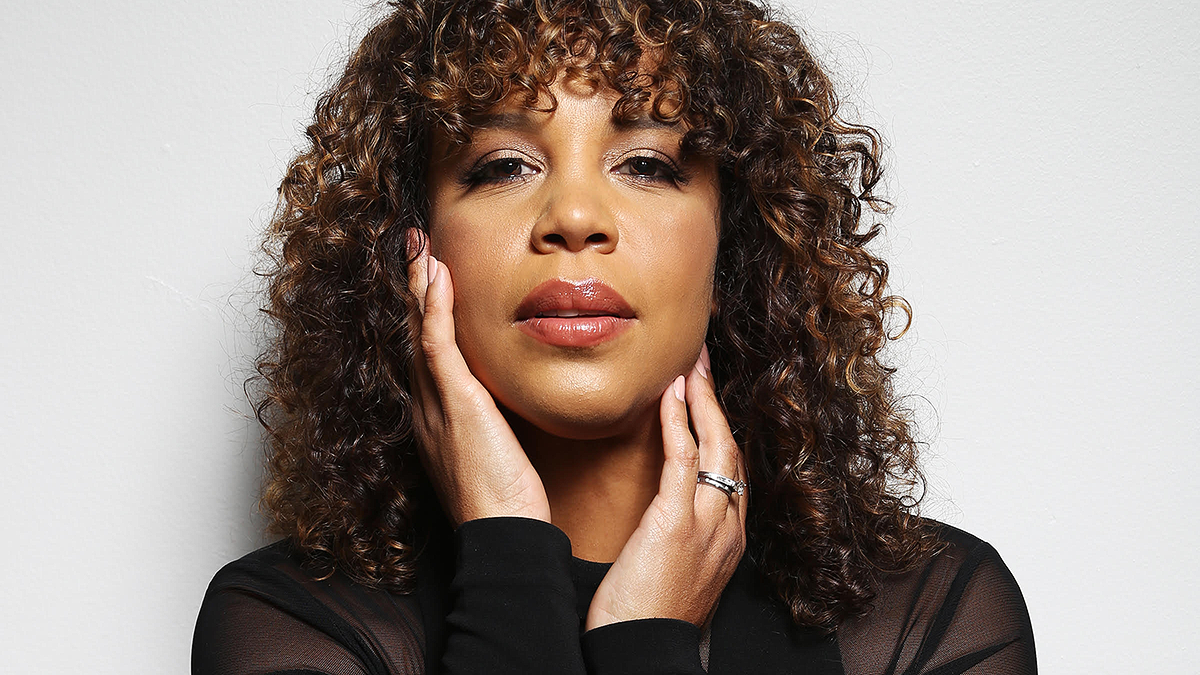 Now that in-person events are on hiatus, vocalist Shayna Steele and her husband and bandleader David Cook team up with SJZ to present a special live-streamed concert and Q&A. Shayna wowed 2020 Winter Fest audiences with her emotionally powerful, gospel-drenched soul vocals. This event will be live-streamed on Facebook Live at the special time of 12pm Pacific.

London Jazz News said after one performance: “vocalist Shayna Steele unleashed enough voltage to light up the West End.” Known from recordings with Snarky Puppy and Moby and a host of other stars, Shayna has performed with the likes of Rihanna, Kelly Clarkson, Bette Midler and Steely Dan as a sought after background vocalist.

Once she made the decision to step out from her role as a background singer, she’s toured as a featured vocalist with Grammy Award-winning trumpeter Chris Botti, appeared on Snarky Puppy’s album Family Dinner I and reached #1 on the Billboard Dance charts as a vocalist on Moby’s Disco Lies.

Shayna’s career really took off with the release of her third and latest album, Watch Me Fly. Offering six self-penned originals and four select classics, the album showcases the mind-blowing diversity of her vocal artistry, ranging from retro R&B, soul, jazz and gospel.

Live From Home is an experimental series of live-streamed concerts presented by San Jose Jazz in response to the quarantines sweeping the world due to the COVID-19 crisis. Look for these 30-40 minute live streams every Monday and Thursday until further notice, when we’ll give you the opportunity to financially support artists during this difficult time.

Please support Shayna at venmo.com/shaynasteele. She will donate a portion of her proceeds to the Recording Academy MusicCares Covid-19 Relief Fund.