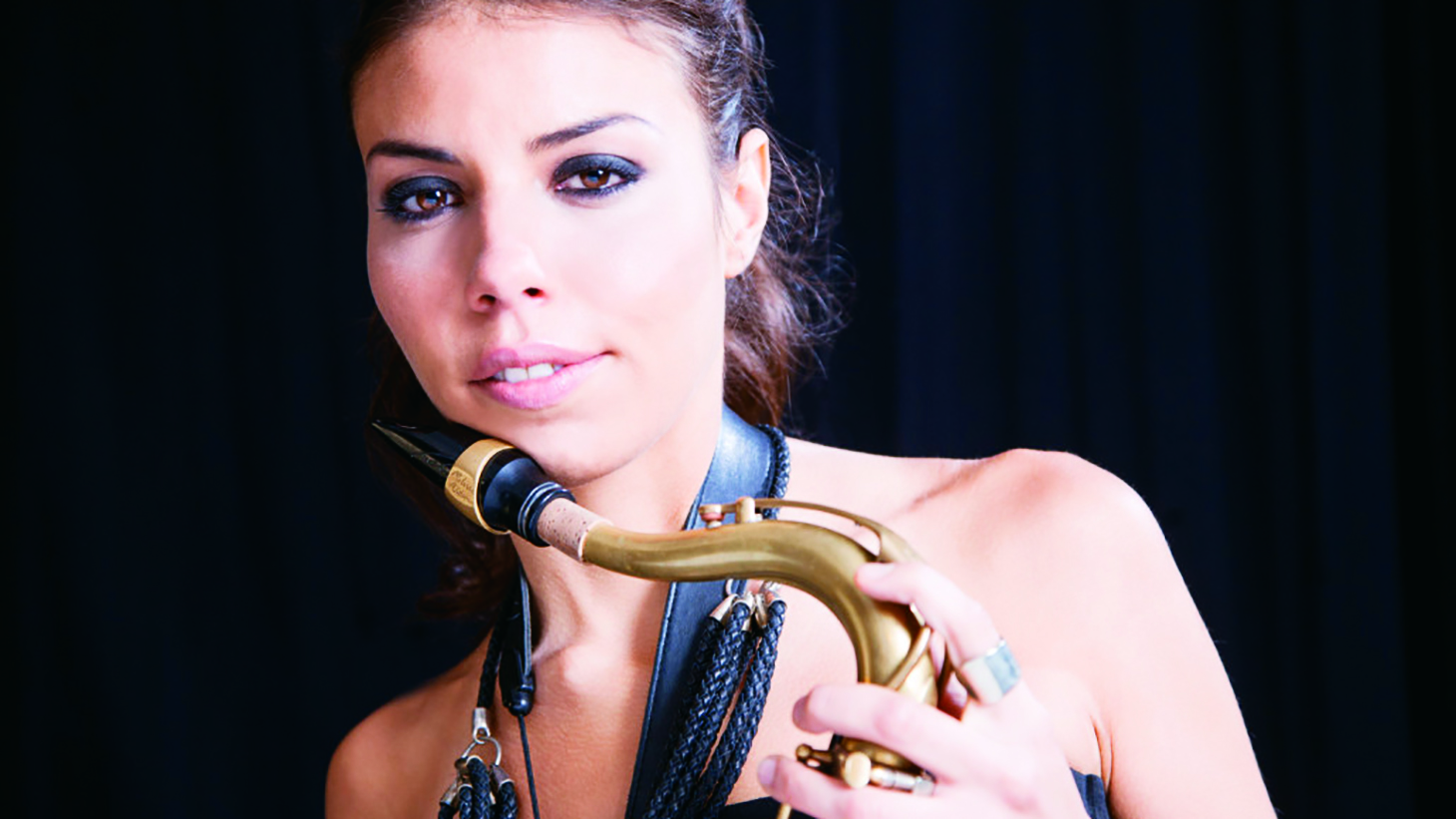 On her first jazz quartet album Visions (2019), award-winning saxophonist Melissa Aldana connects her work to the legacy of Latina artists who have come before her. Inspired by the life and works of Frida Kahlo, Aldana creates a parallel between her experiences as a female saxophone player in a male-dominated community, and Kahlo’s experiences as a female visual artist working to assert herself in a landscape dominated by men. On Visions, Aldana adds a new dimension to her sound, resulting in a transformative movement of expression and self-identity.

Born in Santiago, Chile, Aldana began playing the saxophone under the influence and tuition of her father Marcos Aldana, also a professional saxophonist. Aldana began with alto, and upon first hearing the music of Sonny Rollins, she switched to tenor. In 2005, after meeting him while he was on tour in Chile, she was invited by pianist Danilo Pérez to play at the Panama Jazz Festival, as well as a number of auditions at music schools in the US. As a result, Aldana attended Berklee College of Music where her tutors included Joe Lovano, Greg Osby, Bill Pierce, Ralph Peterson, and others.

Following graduation from Berklee in 2009, Aldana moved to New York City to study under George Coleman. She recorded her first album, Free Fall, which was released on Greg Osby’s Inner Circle Music imprint in 2010. Aldana went on to perform at the Blue Note jazz club, the Monterey Jazz Festival, and in 2016, she debuted at San Jose Jazz Summer Fest. In 2012, her second album, Second Cycle, was released and in 2013, she became the first female musician and first South American artist to win the Thelonious Monk International Jazz Saxophone Competition (her father had been a semi-finalist in 1991). Aldana was awarded a recording contract with Concord Jazz. Reporting on her win, the Washington Post described Aldana as representing “a new sense of possibility and direction in jazz.”

Black Cab Jazz is a brand new collaboration between San Jose Jazz, San José State University, and the Hammer Theatre, bringing to you an intimate cabaret experience featuring some of the best names in modern jazz.