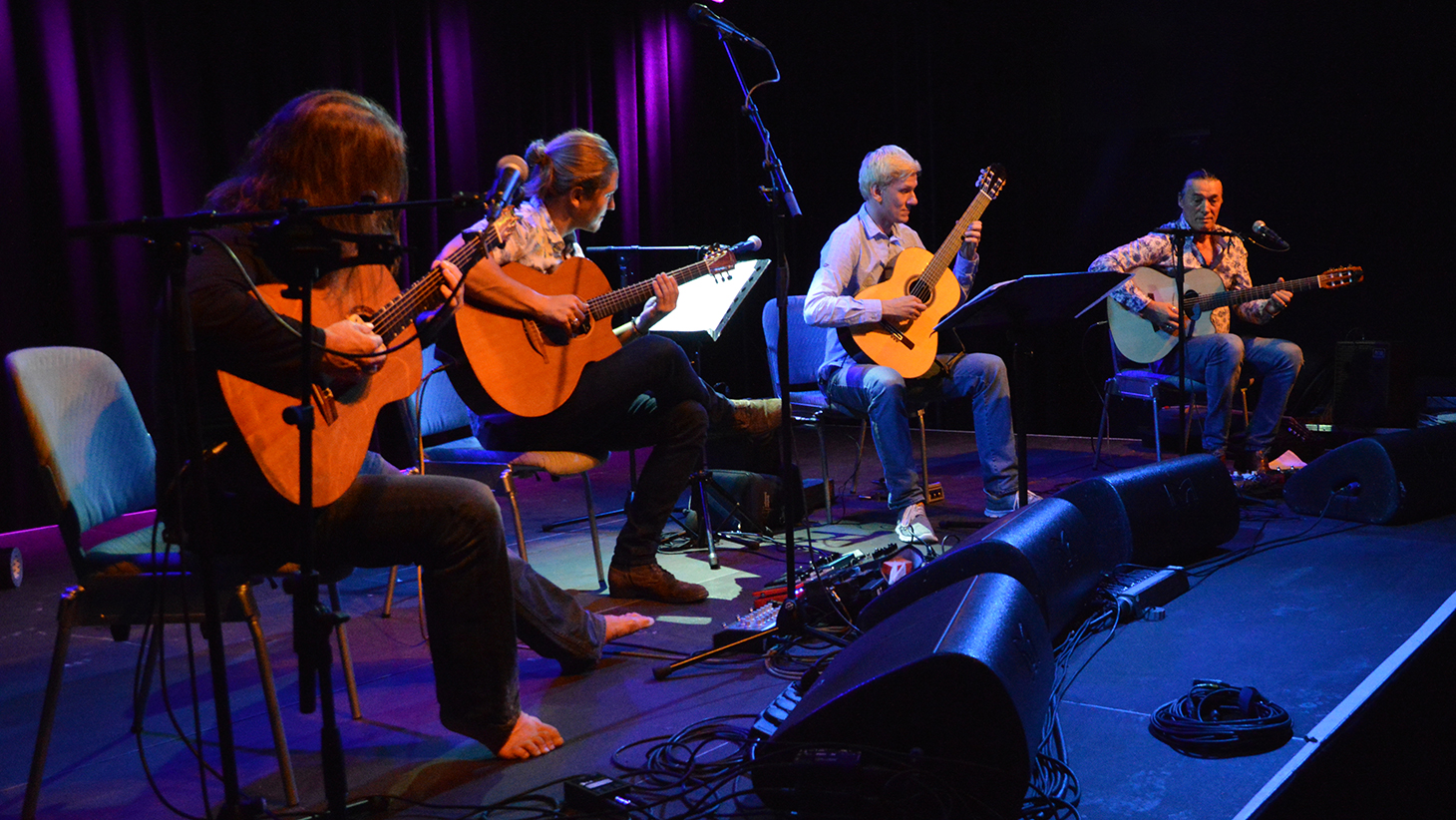 Now in its 18th year of touring, International Guitar Night features celebrated guitarists from across the globe. This year, gypsy jazz legend Lulo Reinhardt returns as guest host. The grand-nephew of jazz legend Django Reinhardt, Lulo is one of the foremost authentic and distinctive musical voices in Gypsy music today. He’s joined by Canada’s young contemporary sensation Calum Graham who, at just 24, has released five studio albums of his acclaimed work which is punctuated with elements of folk, blues, and pop; Poland’s innovative classical composer / performer Marek Pasieczny, who has collaborated with such musicians as Pat Metheny, Odair and Clarice Assad; and award-winning American guitarist Michael Chapdelaine, who has the distinction of winning top prizes in both classical and fingerstyle genres and was taught by the great Spanish master Andres Segovia.

A VIP ticket to this event includes open seating in a special section in front of the stage and a reception following the concert.

This International Guitar Night performance is made possible with support from TourWest, WESTAF—the Western States Arts Federation, and the National Endowment for the Arts.