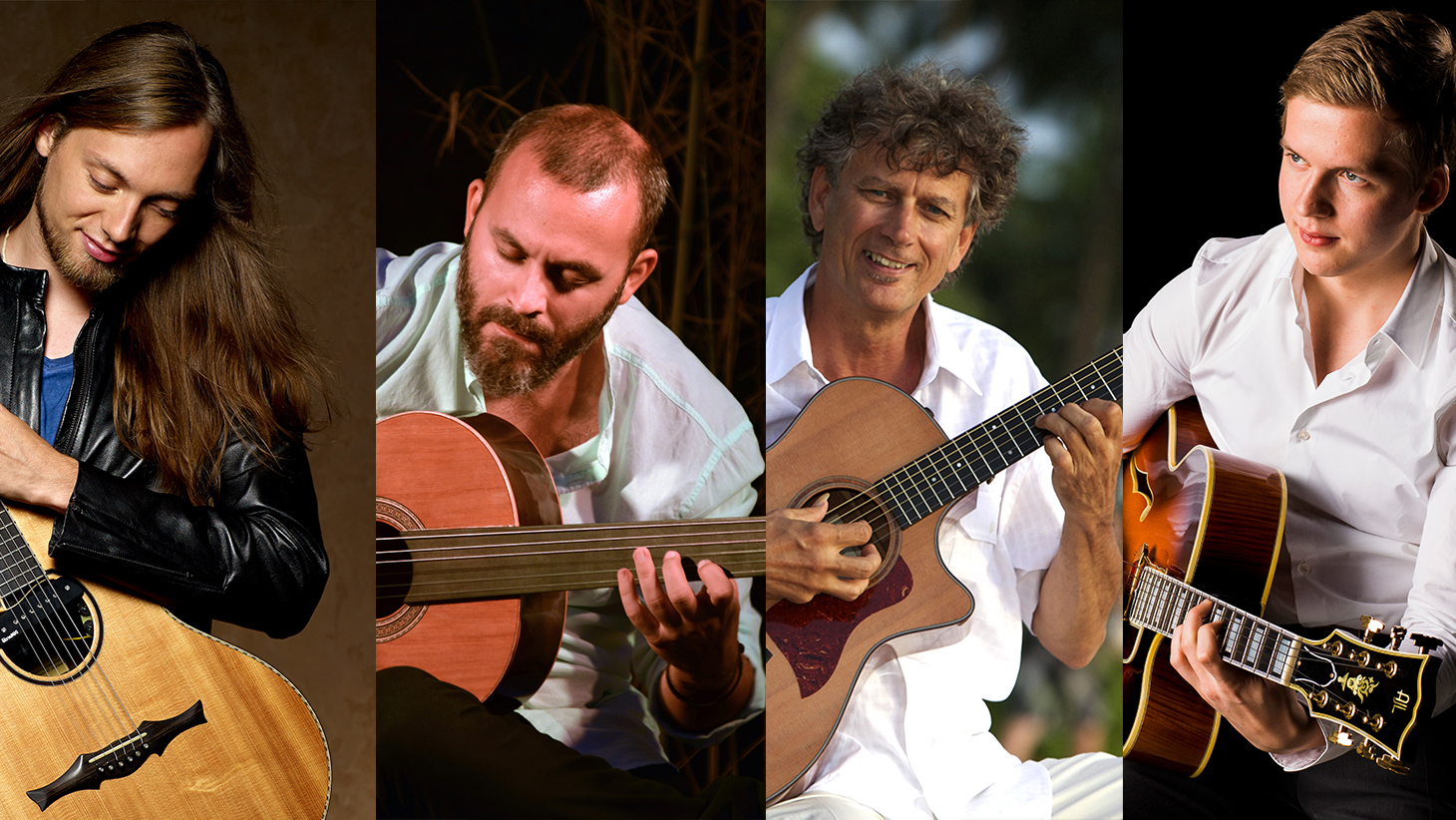 Mike Dawes is an English guitar player known for composing, arranging and performing multiple parts simultaneously on one instrument using unique extended and micro-techniques. He is hailed as one of the world’s finest and most creative modern fingerstyle guitar performers. Dawes is also lead guitar player for Justin Hayward of the Moody Blues featuring heavily on multiple DVD and PBS releases, notably Spirits…Live which debuted at #2 on the US Billboard chart.

Cenk Erdoğan was born in Istanbul and composes music for films like the Turkish romance Issiz Adam as well as composing for the queen of Turkish pop, Sezen Aksu. His latest album, Lahza, with Swedish drummer Mehmet Ikiz is a guitar and drum duo project consisting of original music and live improvisations. He performs regularly with his solo, duo, and trio projects and composes in a wide range of musical styles.

Olli Soikkeli was born in Nurmes, Finland and started playing guitar at age of 12. After touring throughout Europe, with musicians such as Paulus Schäfer and Arnoud Van Den Berg, Olli decided to move to New York City in 2014. Olli has played legendary venues such as Birdland Jazz Club, Blue Note and the Lincoln Center. Despite his young age he’s already played with stars such as Bucky Pizzarelli, Stochelo Rosenberg, Tommy Emmanuel, Andreas Öberg, Cyrille Aimee, Anat Cohen, Antti Sarpila and Marian Petrescu.

Jim “Kimo” West is best known as long-time guitarist for the world’s most successful musical comedy artist, “Weird Al” Yankovic, Kimo is regarded as one of the world’s foremost “ki ho’alu” or Hawaiian “slack key” guitar artists and his music has garnered many millions of streams on Spotify and Pandora. This warm and engaging fingerpicking guitar style has its roots in 1840’s Hawaii, when Mexican vaqueros first brought guitars to the Big Island of Hawaii. Kimo is a 2008 winner of the Hawaii Music Awards and three-time Na Hoku Hanohano (the Hawaiian ‘Grammy’) nominee.

VIP tickets include seating in the first 8 rows and an invitation to the concert after party. This is General Admission event.