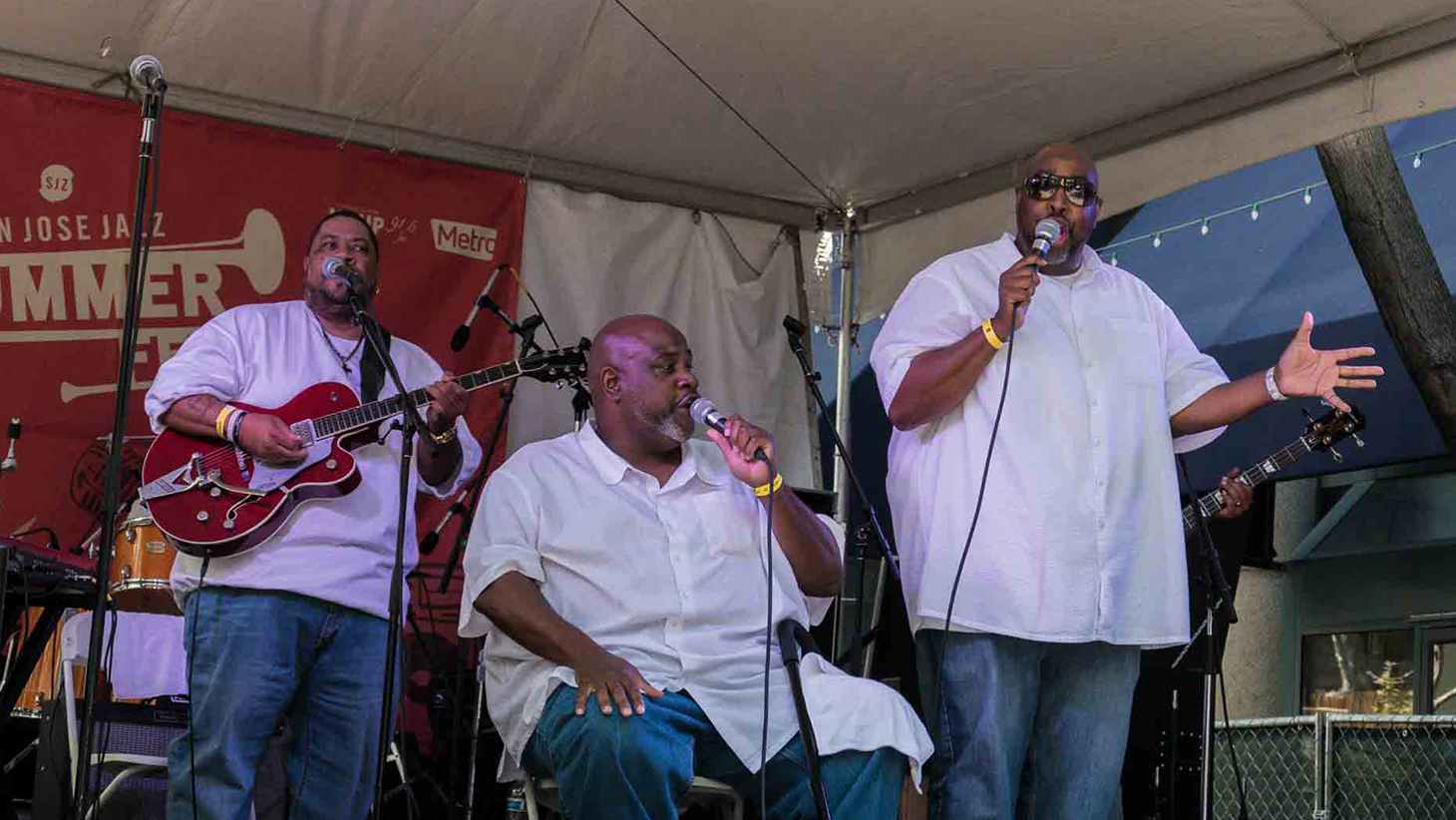 Poor House Bistro and San Jose Jazz have teamed up for this very special event in support of the Fountain Blues Foundation, producer of the longest-running blues festival in the Bay Area. You’ll enjoy a spectacular New Orleans-themed brunch and a rousing concert by Son of the Soul Revivers.

Descendants of the group the Soul Revivers, Sons of the Soul Revivers boast an unmatched blend of family harmony built from more than 20 years of singing together. These Bay Area natives have been featured alongside some of the brightest names in gospel.

They’ve been named Best Quartet by the Bay Area Gospel Academy Awards Association six times, and have performed such leading gospel figures as the Canton Spirituals, the Mighty Clouds of Joy, the Jackson Southernaires, the Gospel Keynotes, the Soul Stirrets, Lee Williams and Keith Wonderboy Johnson.

In 1989 they recorded their first album, It Should’ve Been Me, which led them on their first promotional tour throughout Tennessee, Ohio and Indiana. In 1992, they were featured on the first Bay Area taping of The Bobby Jones Gospel Hour. During the winter of 1997, the Sons completed their first European tour. The following year, the Sons released their first live recording, Help Me Lift His Holy Name! They followed it up in 2001 with I’m a New Creature, recorded at the Center for Creative Arts in Fairfield, CA. The album was re-released in 2006 with a companion DVD.

Brunch will be served buffet-style. Follow the ticket link for more food and beverage details.