Though saxophonist Donny McCaslin made his name in the jazz world after moving to New York, he still has fond memories of growing up in the greater Santa Cruz area, where he cultivated his musical foundation. He recalls traveling over the hill to San Jose to participate in summer workshops, of sitting in with the late Smith Dobson at Garden City, then a South Bay hotbed for jazz. Back in Santa Cruz, he recalls watching his father perform with his band Warmth at Pacific Garden Mall. As a child, he'd help his dad set up and listen nearby. In later years, he began playing alongside his father during marathon sessions that helped him develop an ear for a variety of musical styles. McCaslin has covered plenty of stylistic ground over nearly a twenty year career that's seen him release a dozen albums as a bandleader. Though he started in the acoustic jazz realm, his more recent efforts have been a mix of jazz improvisation and electronic textures. It's this exploration with his band that caught the attention of David Bowie, who asked McCaslin and co. to collaborate with him on his final album, Blackstar. That album has been heralded as a brilliant outing from the chameleon-like performer and his supporting cast. That experience had a profound impact on McCaslin and his group, and Bowie's presence loomed over the recording of Beyond Now, their latest. Including Blackstar, this is the fourth effort from this quartet. By phone, McCaslin shared his early musical memories in northern California, explained the significance of electronic music on his latest work, and noted how his quartet's time with David Bowie strengthened their musical dialogue. In addition to originals, Beyond Now includes the group taking on music by modern electronic acts like Deadmau5 and Mutemath. Why go in that direction? Initially, my decision to do an electric record was at the suggestion of my producer, David Binney. We met after I had done Declaration [in 2009], which was a record I did with brass quartet and rhythm section. We were talking about what to do next. Up to that point, each record had been pretty different stylistically. I gave it some thought and agreed with him. What drew you into exploring electronic music? As a general thing, I love the combination of the ambient framework and the sonic soundscape that is there, the rhythmic activity – the intense drum thing. I felt like in a lot of that music, there’s a lot of space. Often, there’s not a lot of harmonic movement and there’s not a lot of melodic development. This is a heavy generalization mind you, but I felt like there was something in there that was attractive to me. It’s different from what I came up from. Another aspect of it is this the third or fourth record with this band, depending on how you count [Blackstar] with David. It’s been five or six years, and I’m just really, really enjoying it. The way I describe [our approach] is it’s the exploration of the intersection of improvisation and electronica music. What drew you to covering songs by Deadmau5, Mutemath and the Chainsmokers? Also, what inspires you to pursuing your own take to a song? In a certain way, it’s just a feeling -- I hear certain things, and it touches me in a certain way and captures my imagination. I want to explore it.. I chose the Deadmau5 song because that was one of the major records I was listening to as I was preparing music for Beyond Now. The Mutemath track was a great orchestrated performance. It has a strong melody that sounds good on sax. There’s a real emotional build to the song. With the Chainsmokers, I really liked the lyrics. It’s about living in NYC, about feeling isolated and alone. That’s not as deep a tune as the others, but there’s something about it I really enjoy. With the work you’ve been getting recently, especially in the wake of the critical success of David Bowie's Blackstar, has juggling commitments become more difficult? Yeah, I would say it has. I’ve been putting things in place to help me deal with it, and I’ve been adjusting, but there’s still moments where it feels like there’s a wave of decisions I have to make and I don’t have time to sit down and think about it because I’ve got to run here or there. It is challenging. That being said, I’m grateful to have the opportunities that I’ve had this past year. I’ve done more touring than I probably ever have in such a concentrated time as a leader, and it’s been wonderful to have my music develop on the bandstand. 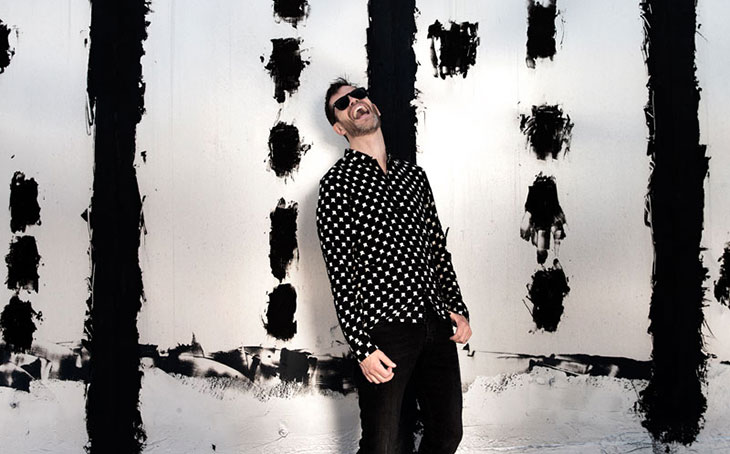 As you shared in an interview with Billboard, you said of your band "we have a different level of interplay now, after Blackstar, and that truly came through on Beyond Now." In what ways have you witnessed that change? I think we’re more familiar with each other’s language, so the conversation between us is smoother. There’s always been a really good chemistry there, but going through the hours and days of recording, and that experience, which was very profound for all of us, the combination of those things got us even deeper into each other’s musical vocabulary. There’s a deeper level of comfort and a deeper level of freedom when we play. Being a product of the greater Bay Area, walk me through the significance the region had on your musical development. Starting in about 1976, my father, Don McCaslin, was playing at the Pacific Garden Mall [in Santa Cruz] at this place called the Cooper House. He played anywhere from two to six days a week there until the Loma Prieta earthquake. When I was quite young, I would see my father once a week on Sundays. He would pick me up in the morning and bring me to downtown Santa Cruz. I would help him set up his instruments, and I’d sit on the stool while the band played. Weather permitting, they might play 12–5pm. I just absorbed a lot of music that way. When I was about 12 years old, I was in a photography class that I wasn’t feeling very connected or engaged with. It was the last day where you could transfer classes, and I asked to be switched to beginning orchestra. When my father asked me what instrument I was going to play, I impulsively said tenor saxophone. In retrospect, the tenor saxophone player in his band I had grown up seeing, Wesley Braxton, was a very charismatic player. I started playing tenor sax in my junior high school band, and I started taking lessons straight away with the current saxophone player in my dad’s band. When I was 12 and 13 years old, both of those summers I went to San Jose and spent a week at Jamey Aebersold's summer workshops. I was just a beginner and in way over my head, but I got exposed to a lot of great music and great musicians. Kuumbwa Jazz Center had opened in Santa Cruz. I had access to international bands every Monday night. Then playing with my father’s band gave me a lot of on-the-job experience. I’m grateful I grew up in the Bay Area at that time, with all those things in place to afford me the opportunity to get a lot of experience before I even went to college. That sounds like a marathon performing all day with your father's band when you were younger. What did that experience instill in you? A lot of different things. Part of it is learning repertoire. My dad’s band had a large repertoire. He had all these different books with charts. I had to learn how to transpose each into my key. I had to learn how to accompany a singer. I had to learn how to play over a Latin groove – what was clave, what was swing, funk. I think part of what was so unique about it was they covered a lot of ground stylistically. In the same set, we played great American songbook standards, we played Cal Tjader-esque Latin jazz, we’d play a funk tune, we’d play an R&B tune. Plus I got to be in an environment where I could make mistakes. [With that] on the job training, hour after hour, bit by bit, I learned from my mistakes. Just having the opportunity to sit on the bandstand for all of those hours, it helped my musicianship a lot. Lastly, how has being a parent shifted the way you play and look at your profession? Time is so much more meaningful. When I’m practicing or on a gig, it’s more focused and meaningful because it’s so much less time than I used to have. I realize time is precious, and I’m grateful for the opportunity to play. The other part is that having children is a very profound experience. It changed me and really inspires me when I’m performing and working to always do my best. I a lways felt that way, but having children bumps that up to another level of intensity because of the love you have for your children. Part of that is reflection of profound love for them but also wanting to set an example for them. Of how you can strive always to do your very best in life, and to provide for them. 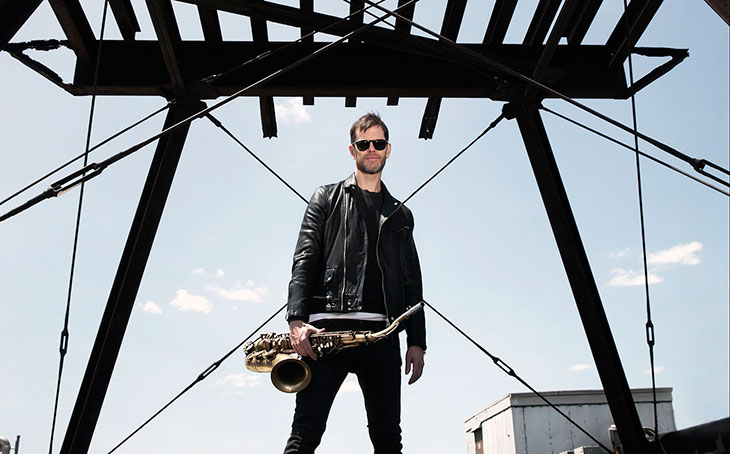