Progressions in Focus: "When You Know Me by Name" - San Jose Jazz

Progressions in Focus: "When You Know Me by Name"

Progressions Director Julie Rinard periodically shares her student interactions with us, as part of the San Jose Jazz blog. In this update, she recalls how introducing two students helped to finally resolve an ongoing conflict. A male student from Success Academy has a trumpet that his father gave him. He is proud of that instrument and guards it with his life, so when a student from Santee kicked it the second day of camp, he was upset. He was so upset that he told his father, who in turn threatened the boy with choice words, anger and physical intimidation. The next morning the dad met the supposed aggressor at the bus and threatened him again. That afternoon I talked to the boys, first individually and then together. First I asked them if they knew each other. The answer was no. I had them introduce themselves and shake hands. It turns out these were two boys from different schools, two boys who didn’t know each other before camp started. Then I asked each boy to explain what had happened. It didn’t take very long to figure out that the kid from Santee had accidentally kicked the Success Academy kid’s instrument case on his way to the bus. 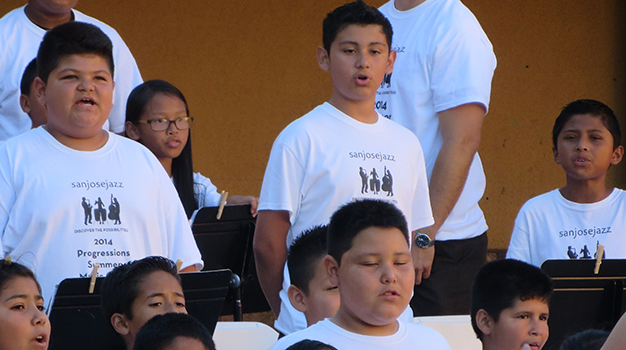 Photo credit: Harley Christensen The boy from Santee wears baggy pants, an oversized shirt, a cap, and a huge cross, so to the dad of the boy from Success Academy, he looked like trouble. The dad had automatically presumed that the Santee kid had kicked his son’s instrument out of rage or as a way to intimidate him. Through the simple act of introducing the boys and taking them from being strangers to members of the same community of musicians, the situation de-escalated. The Santee boy apologized and they both agreed to communicate directly in the future if any misunderstandings arose. That was the last I heard of it. Last week when I saw the father at the last weekly lesson of the summer, he told me that the Progressions program has had a tremendous impact on his son. “It gives him an outlet and lets him express something that is very important to his well-being," he said. "Progressions means the world to him!” 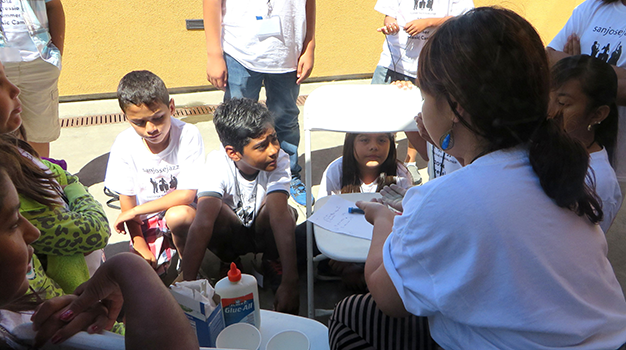